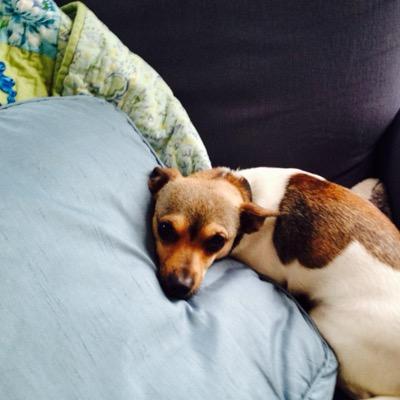 Trolling in the club

Popular Comments Recent Comments. Rolling and Partying favorites. Flawless Teenage Body favorites. By becoming a Fan, you are supporting this model to continue creating amazing content and you may even get additional exclusive content that would be listed below. You can cancel anytime. Enter the last 4 digits of the credit card associated with your account. By signing up, you agree to our Terms and Conditions. Are you sure you want to stop becoming a Fan? No, I don't want to leave Yes, please let me leave.

That means you now have access to everything the subscription has to offer. Your purchase didn't work, and you're not subscribed to. See terms and conditions. Because we live in a sex-saturated culture with precious little honest and authentic discussion of sexuality. Because speaking our truths, with all their complications and imperfections and beauty, challenges a culture of shame that impacts us every day. Because our voices and our histories matter.

I am a year-old woman who had only had sex with one other man besides my husband W. I had a lot of issues with my body image in high school. Anyway, going into my junior year, I dropped a lot of weight and that summer met my husband. In the very beginning he told me that he loved me dearly and wanted to marry me. Now the usual phenomenon occurred.

Once my male classmates found out that I was going out with an older guy—W. I passed a lot of it off. My thought was, where were they all this time? Unfortunately, there was this one shy boy M. He was always just outside the group and all he did was watch and listen. Then he started to talk to me after they left. He was always so supportive and listened. We soon became confidantes and discussed our relationships with each other.


He was working a dead-end job and so he joined the service so he could have a good job and support me. Those last few months of your senior years are so busy, and of course I got lonely. On our senior trip, I found myself spending time with M. As guilty as I felt, the excitement—and it was very exciting—kept me from just ending it right there. It also put a lot of doubts in my mind about getting married. How could I marry W. Then I missed my period, and what was I going to do? We moved back home after he retired, to help look after our parents.

Then comes our 35th class reunion, and the very first person I bump into is M.

See, that’s what the app is perfect for.

We had some smalltalk and caught up with what had happened with each other. Then he gave me one of those deep puppy dog looks and said that he had never forgotten me, the time we spent together, and how foolish he was. I melted and gushed out how I felt too. It was all I could do not jump into his arms right then and there. It started an emotional affair that lasted for two years. Then it became a physical one. I never fooled around all of the time that W, was in the service, even though his job took him away for long periods of time. Now, his current job has him away from home Monday through Friday and gives me a great deal of freedom.

During this time, I very drunkenly got with a guy. Mid-encounter, I suddenly realise he is inside me. I felt ridiculous and ashamed to have gotten so drunk as to not immediately notice. Calling it rape is obviously inaccurate and insulting to rape victims; he got his penis out of me when I pushed him away, and I was basically OK with the situation. We were like two inebriated puppies clambering all over each other, and it was a silly accident. I wish I could have applied my feminist principles and only had empowering, fun-for-everyone sex, but I think I needed to make mistakes.

I met up with a guy who messaged me on Instagram. It seemed he really wanted me to give in when we would discuss it.

I was reluctant to even say that I might go all the way with him. However, after I hesitantly gave him oral, I started to take off my clothes under his insistent request , he seemed to touch himself just fine then. When we got to the difficult part, he was quite quick to shove himself into me.

Not aggressively, but just without my OK or making sure I was comfortable, at least. Afterwards, I cried—a lot.

I had sex out of the feeling of obligation with a guy I barely knew. Saying it is one thing, but really understanding that and making changes upon it is different. More recently, someone different approached on campus in a much more respectful way. The second time we were together, I noticed that he was listening to me less and was more eager to touch and kiss me, to the point where it felt like he barely knew what I was saying.

When we were making out, his hand began to slide under my shirt, soon after which I stopped and moved it. That tells me that I have finally learned to respect myself. I grew up as a Mormon; I was taught sexual acts—on a scale of bad to good—were ranked next to murder. I grew up with that guilt and ever-present shame. To be frank, at the ripe, old age of 12, I knew a lot about sex despite never having actually participated in the act. I was interested in trying it out, but I was really confused about what I really wanted to get out of it or who I wanted to try it out with.

For example, I remember having a wet dream about my best girl friend, and the next time I was around her wanting to kiss her. She was my first crush. Of course I never told her that, though. We made out a few times. I was really afraid of being used and then disposed of, which is odd for a year-old to be processing those types of things. I heard how boys would talk about the girls that they slept with. So instead, I would just make out hot and heavy, and then, when alone, masturbate furiously to release all my pent up sexual tension.

I shrugged my same-sex attraction off and reasoned that it stemmed from the sexual abuse that occurred when I was young while in foster care, or maybe it was because of my poor relationship with my mother. Whatever the reason, I convinced myself I was not bisexual. At age 13, I had had oral sex with two guys and one girl all separate incidents—maybe I was bisexual? I frequently had sexual dreams about both sexes, but by then, I had moved to a very religious foster home and adopted their views on sexuality.

I was abstinent from age , when I got married. Still never having had actual intercourse, my wedding night was terrible. I got divorced five years later and have had one female partner and one male partner since. Say you were attracted to a woman. How terrible would it be if you never did anything about that because you were afraid it came from a dark, traumatic experience from your childhood? You could be missing out on love. The people who hurt you would hurt you again by holding you back from something beautiful. Does it really matter why you feel this?

Will knowing why you feel attracted to women make the feeling go away? Just let yourself feel. Sexuality is a spectrum. When I first started getting periods they made me feel… sexy. I would sit on the couch with a heating pad and cramps biting at my inside, feeling regal in my pain. I imagined boys from school I had crushes on asking me in awe what having a period felt like, looking at me in admiration as I described what I had to endure. The first sexual experience I had was actually during a period. While being away during the summer, I had a resolve that I would actually practice some female agency and fully own my sexuality, or at the very least actually explore it.

When we started hooking up more regularly, I hoped to keep things casual. This last year I lived in Spain. Eventually I met a rich attorney. He gave me a lot of coke. I was 22 and he was maybe 55 or The first few times we had sex I was coked out of my mind. I kept getting up to go on the porch and smoke cigarettes and then pacing around the hallways because I had too much energy. Eventually we ended up in a hotel room after a date.